skip to main | skip to sidebar

See Press release at https://www.accesskent.com/appImages/CommAlerts/2014/FileOne_2288.pdf
at 11:45 AM No comments:

On May 28, 2014 a home invasion occurred at 4252 Alpenhorn Ave NW Apt. #1. This occurred between the hours of 0630 and 1500 hours. Entry was gained by forcing open the apartment door. Stolen was money and electronics. This home invasion resembles another break in that occurred back on April 13, 2014 at 3974 Yorkland Dr NW Apt. #11. Stolen from this apartment was money and jewelry.
Anyone having information regarding these home invasions is encouraged to call the Kent County Sheriff Department at (616) 632-6100 or Silent Observer at (616) 774-2345

Warning about Utilities Fraud and Spoofing

The National Association of Regulatory Utility Commissioners (NARUC) warns utility consumers of a growing telephone scam across the country. The scam involves telephone callers claiming to be from a utility company and then employing a variety of techniques to defraud customers.
Some threaten customers with disconnecting electric service to their home or business if they don’t make a payment immediately. The scam artist instructs them to send money via prepaid card or online payment service, such as PayPal or GreenDot, before their power is shut off. The scammer’s caller-ID is falsified so it appears to originate from the utility company, a practice known as “spoofing.”
The Federal Trade Commission (FTC) advises consumers who receive suspicious calls to call their utility directly to verify the request for payment. Michigan Utilities have a variety of payment options available for customers, including the ability to pay over a secure Internet site, via U.S. mail, in person at an authorized pay agent location, and by Visa, MasterCard or an eCheck using an authorized utility agent.
Additional Tips on avoiding utility fraud are available on the MPSC website at www.michigan.gov/documents/mpsc/mpsc-ca_utilityservicefraud_211946_7.pdf?20131106132231  or by visiting the FTC at www.ftc.gov.

This message comes to you via the Michigan Public Service Commission
at 6:47 AM No comments:

Kent County News Release
Type of Incident: Homicide Investigation
Reporting Officer: D/Sgt H. Martin
On Friday, 09/13/2013, the Kent County Sheriff Department was called to the 3800 block of Yorkland Drive NW, located in Alpine Township, on a suspicious death. This death was ruled a homicide.
The victim in this case was identified as Brandon Nelson, a 33 year old male. The suspect has been identified as Kyle Wilson, a 23 year old male. Nelson and Wilson are cousins and the two were currently living together on Yorkland.
Nelson died as a result of blunt force trauma, ruled by the Kent County Medical Examiner’s Office.
Wilson was taken into custody on 09/14/2013 while on foot in Alpine Township. Wilson was interviewed at the Sheriff Department and admitted his involvement in the homicide. Wilson is currently housed at the Kent County Correctional Facility on Felony Murder.
This case was presented to the Kent County Prosecutor’s Office this morning. The Prosecutor’s Office authorized one count of open murder.

Approximately 9:43 a.m. Thursday September 12, the Rivertown Community Federal Credit Union, 5228 Alpine Ave. NW in Alpine Township was robbed at gunpoint.
The suspect was given an undisclosed amount of cash before fleeing the scene eastbound on Six Mile Road in a black, four-door Pontiac Grand Prix.
The suspect  is described as a white male, about 6 feet tall and weighs about 300 pounds. He was wearing a black, ski mask; a black coat; and blue jeans. 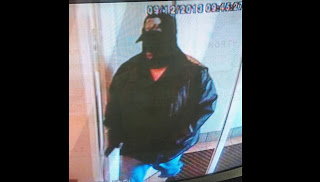 Early this morning deputies were dispatched to shots fired near Pine Aire mobile home park on Alpine.  A short time later; an alarm was broadcast for 5410 Alpine Ave (Bauble Patch Jewelers).    Suspect entered through the screen window and exited the same way. Wyoming K9 and Michigan State Police assisted.
at 8:24 AM No comments: 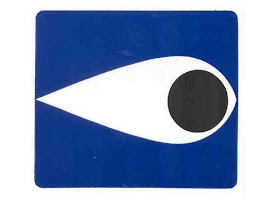